I must admit that I have been waiting for this for some time.
I expected a good sized book with some great scenarios and a bit of Historical background.
Boy was I surprised when it thudded through my letterbox. 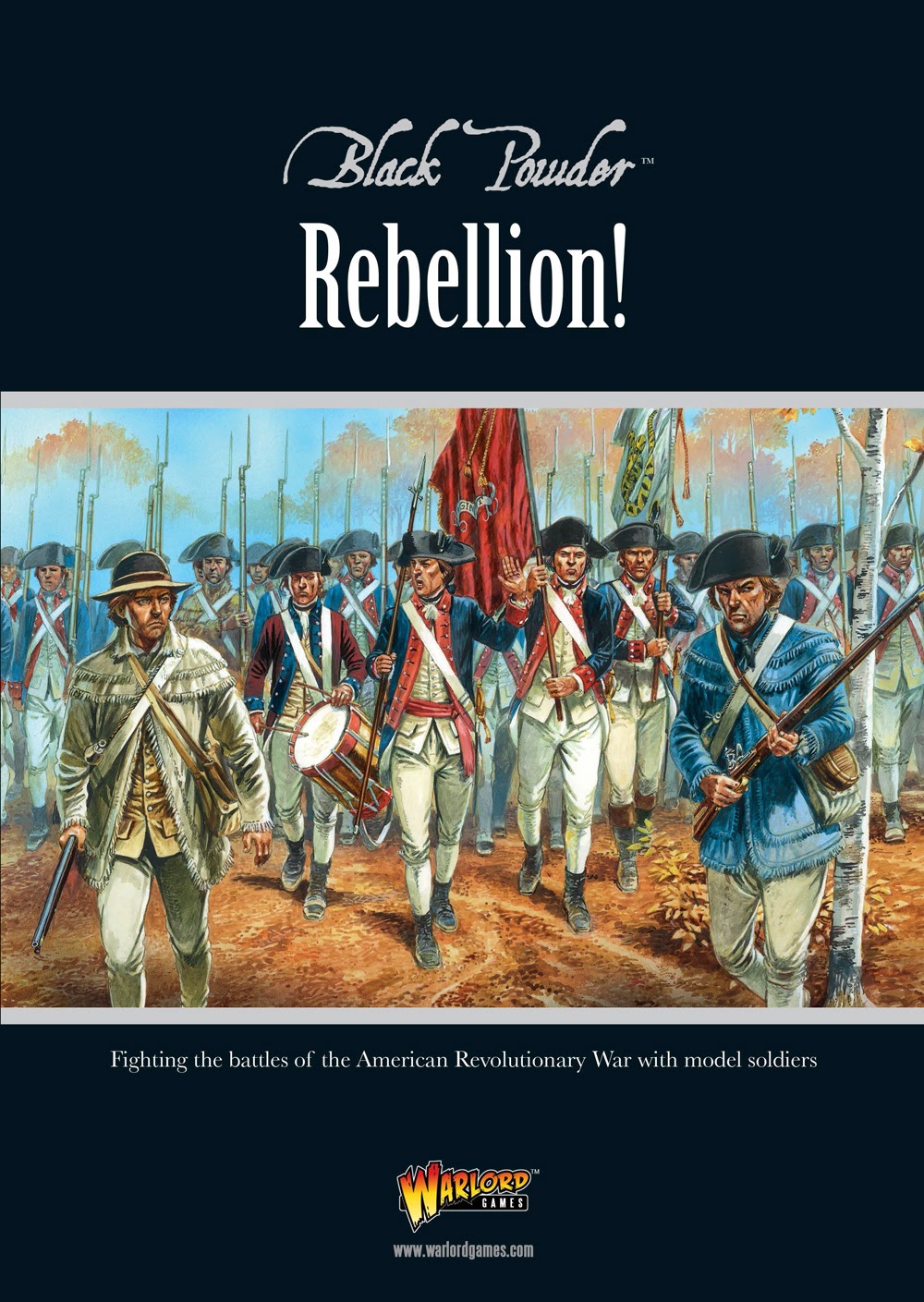 Well!, what do you get for your £20.
Firstly, the book is huge as far as supplements go.
148 pages, considering it is three times the size of most of the "Hail Caesar" supplements and yet the same price, now that is a good start.
But quantity is nothing if the content is poor.
Written by Stephen Jones, who I must say, really does know his stuff when it comes to this period in history.
The book is very well written and laid out in the usual BP supplement format.
But Stephen really has gone the extra mile.
The book starts with the Armies concerned.
You get 14 pages of an overview of the war, from 1776 to 1781 and all the campaigns.
That is followed by detailed information on the armies.
Uniform details, organisation, weapons and tactics covering The Forces of the Crown, The American Army, The Hessian's, The Indian Nations and the French.
36 pages of superb stuff.
That is then followed by 8 pages of notable commanders and their Special Rules.
Finally, we get to the scenarios.
A whopping 19 of them.
To give you an idea of the scope of the scenarios, They start on page 62 and end on page 147.
Each Scenario is different and the armies available vary.
This is due to Stephens great perception of the evolving armies whilst taking into account the morale of the troops as the conflict wore on.
The final page is the usual "further reading", with some great recommendations.
The book is full of some beautiful eye candy pics from the period in the usual Warlord style that really get the juices flowing.
Have I any gripes?
Just the one.
Stephen notes in the book that he didn't want to create a generic set of army lists, as he states it would be "wholly Inappropriate".
I do understand his thinking, the armies evolved over the war and the armies that fought in 76, were different to the armies that were still fighting in 81.
But on that thought, I recon Myself Andy and Glenn should be able to put a generic list together for quick pick-up games.
So. overall, a damn fine book indeed.
Worth the £20, Hell Yeah!
This is a must buy if you want to play the AWI in Black Powder.
Posted by Kev at 10:37